Just recently I was able to speak with Eileen Sheets, wife of Bob Sheets who just recently passed, both a great part of Crystal Lake Camp’s beginning. 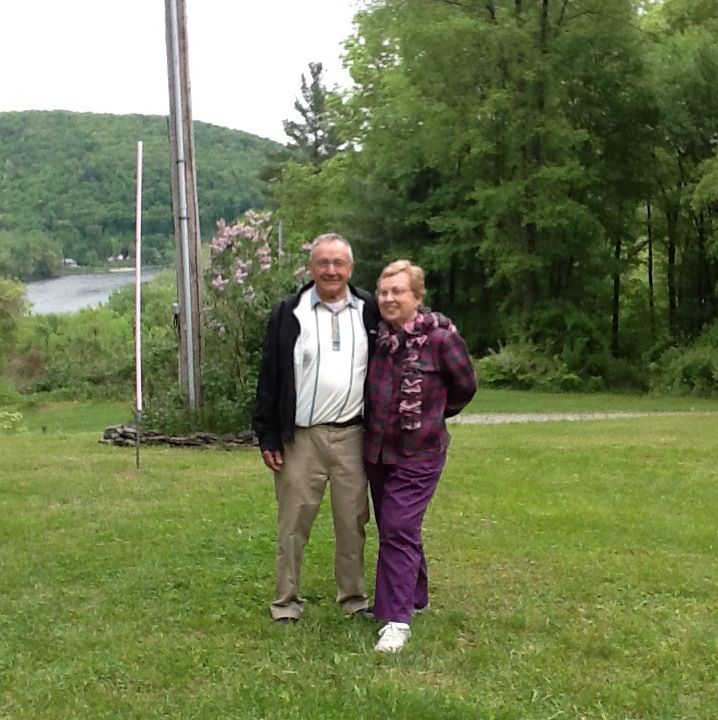 Here’s what came of my wonderful conversation with Eileen, who is living in Towanda, Pennsylvania, only just over an hour from camp.

We talked about the camp and her husband Bob. When he was seventeen years old, he lived alone at camp in the winter in the Lodge. The old barn used to be in the farther half of the new riding ring. The riding program at camp started in 1949 with two horses and grew over the years to seventeen horses. The horse program was a major part of the programming and camp experience back then around the 40’s and 50’s. Campers left the ring quickly after learning the basics, like cantering. They spent five hours a week learning to do so and more. Eileen was commonly riding and working at the stables five classes a day, five days a week, along with two hour trail rides at times. Riding experience, long trail rides, and overnights were a key part of the camp experience, across trails like Boardpile and Genesee and off to places like Ticklish Rock, Deer Lake, and more, along the logging roads at the time. 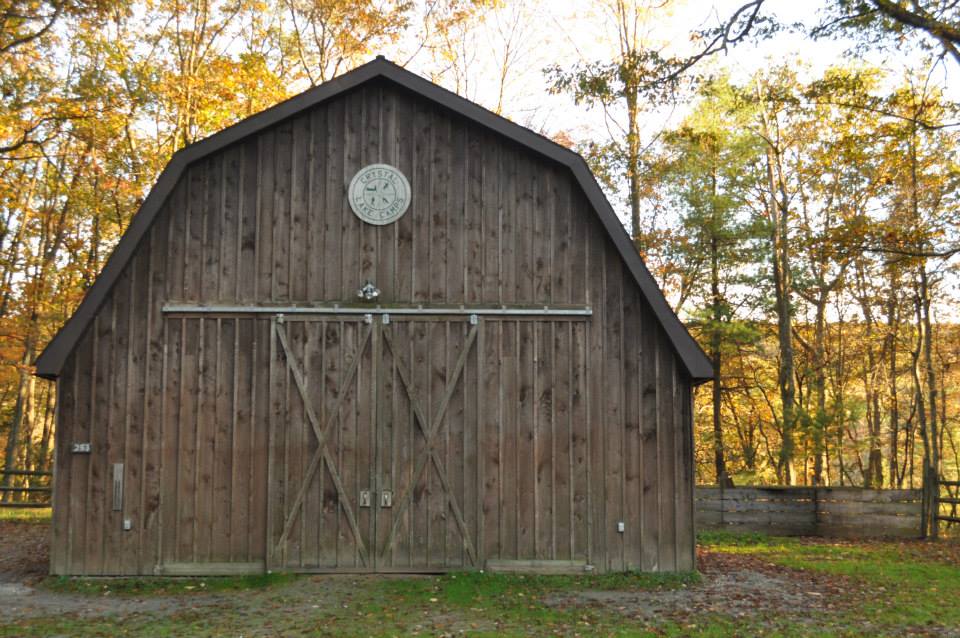 Newer Barn at CLC, pic from this past Fall.

Bob built many things on property, including the previous barn with Frank Shumaker. When Bob was in high school he would drive down to the saw mill in the mornings before school with white oak wood. After school he would pick up the cut wood for the barn. When he was back on property he was at work making more additions to camp. Back then there were no telephone lines on the mountain, and so no communication with the outside world was available. To make it possible to communicate on the property, Uncle Charlie brought the phone system from Picture Rocks when they were modernized and Bob put up the lines on property and crank phones to communicate across the camp. 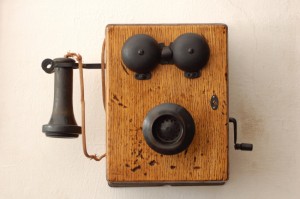 An example of the old crank phones on property.

Bob’s family lived on Pine Tree Road, just over a 10 minute drive down the mountain from Crystal Lake. His mom, Iva, and dad, Gus, and many of his 12 brothers and sisters worked at the camp at one time or another. On Sundays his family walked up to the Mapleton Community Church, the white church on mountain, where the gravel road starts. A few years later as a young man, Bob joined The Mother Church before he went into the army in 1957. 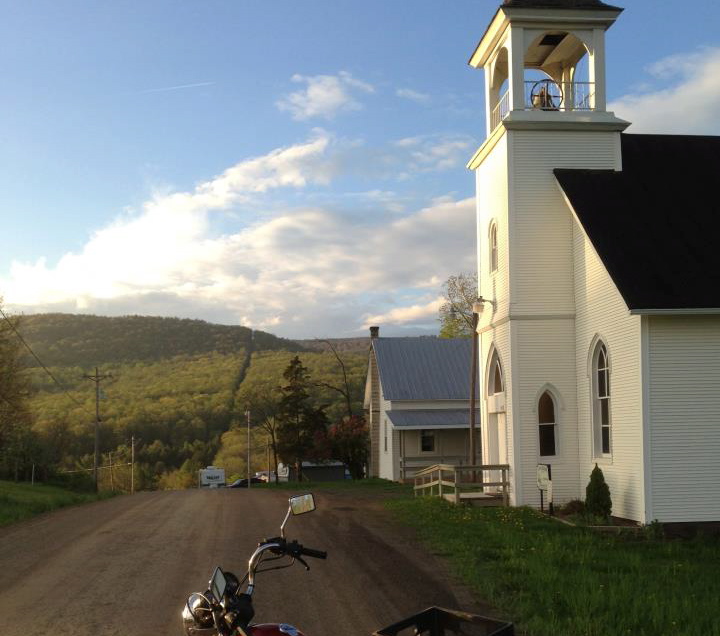 Up at camp Eileen worked in the kitchen and as counselor, leading many trail rides and classes. Some of the most memorable rides were breakfast rides down to Whipple Mill. On these rides, Bob would cook bacon, fried bread and fried egg, or “egg in a hole” as Eileen calls them, and as we still call it today when served in Alford Hall for breakfast! 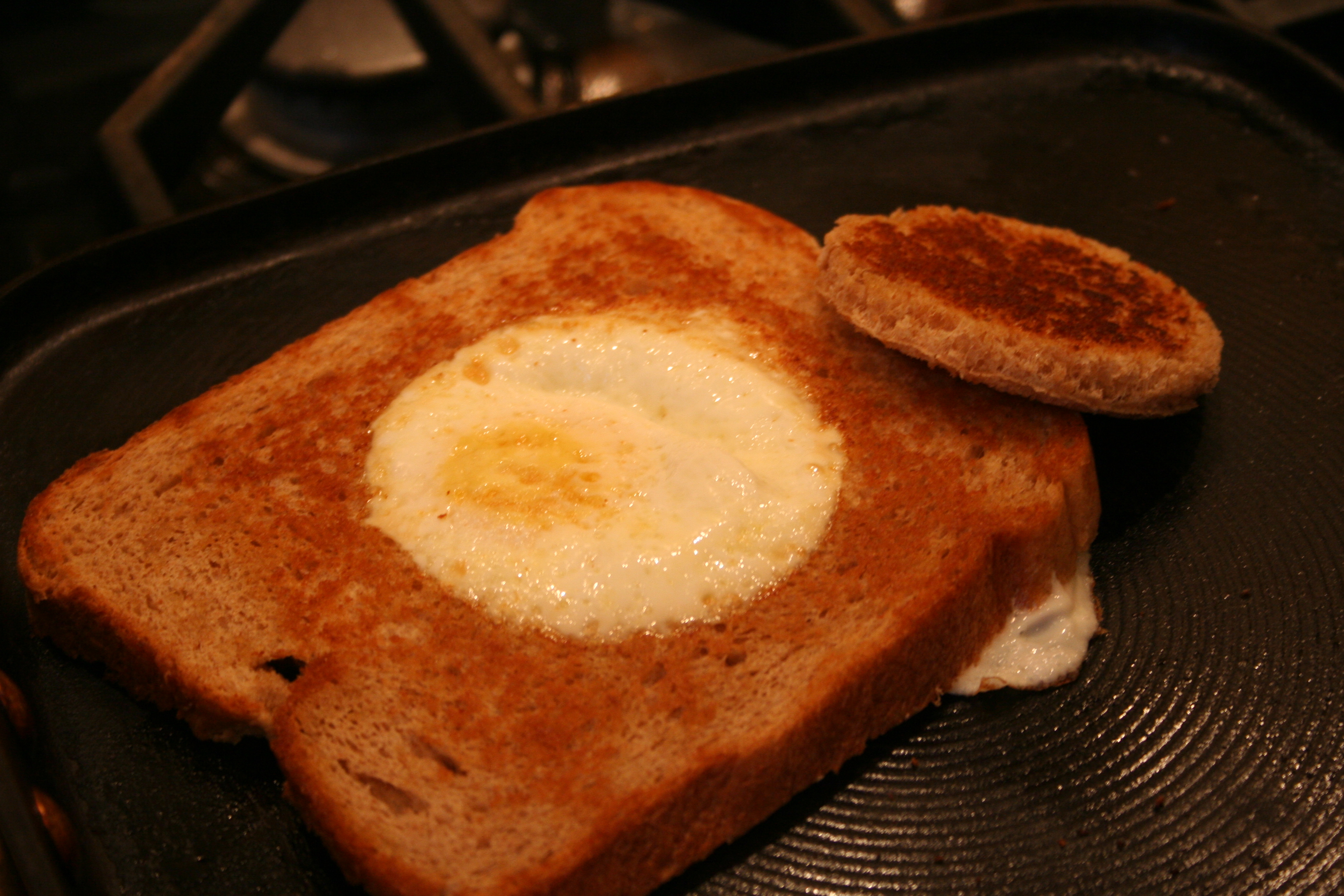 We continued to talk about the endearing parts of camp, that stuck with her the most. She told me that she was an immigrant from England, so later on she went to teach in the UK. When returning for the summer, everyone would go to the malls. For Eileen this was too overwhelming for her re-entry into the country. Instead, she would ask her stepfather to pick her up and drive her through the woods along the way to camp, as her way of reemerging back into the US again. 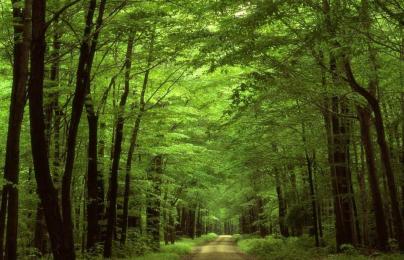 Eileen had many healings at camp. Her first one being an ear ache, while being away from home for her first year at camp in 1949, during camps founding years. Things that often helped her healings were camp songs. Camp songs meant something spiritual and comforting to her and many campers. One particular healing came when she was at another camp. One other boy in front of her had been to Crystal Lake Camps too. That day she had had a riding accident and was not feeling great at all, but her healing came from singing camp songs with this boy. They were both comforted as they sang together, given a sense of great peace with lyrics like, “teach me to give… his love comes trickling down”. 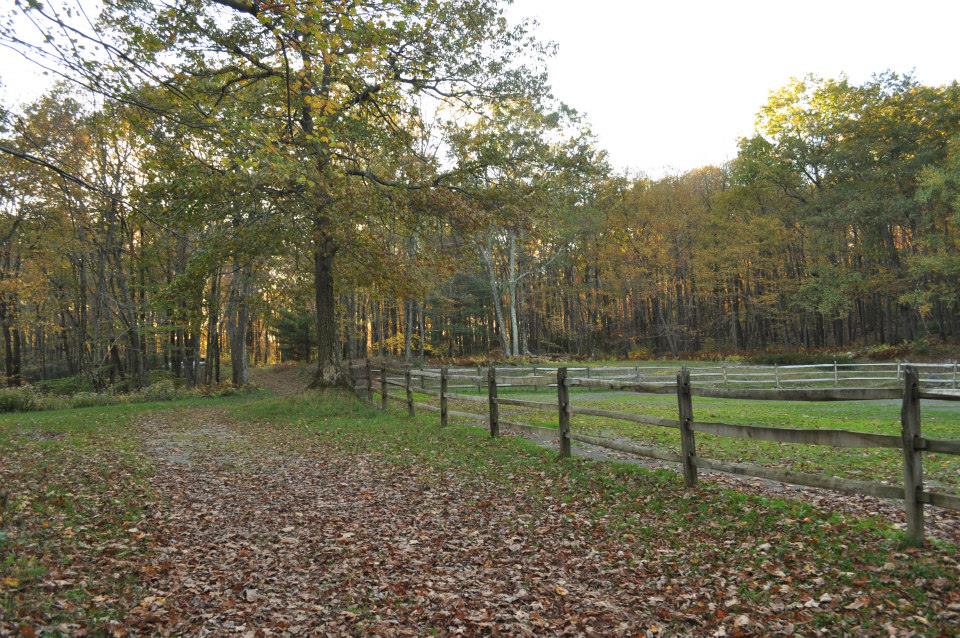 The old barn once stood next to the big Oak tree pictured on the side of today’s ring.

We talked about the great values Eileen learned at camp. We talked about how they continued to help her in her life after camp. Her definition of friendship that she had learned from camp experiences was telling a friend that you trust them to God, to make their own decisions and mistakes. Friendship had a deeper meaning this way. 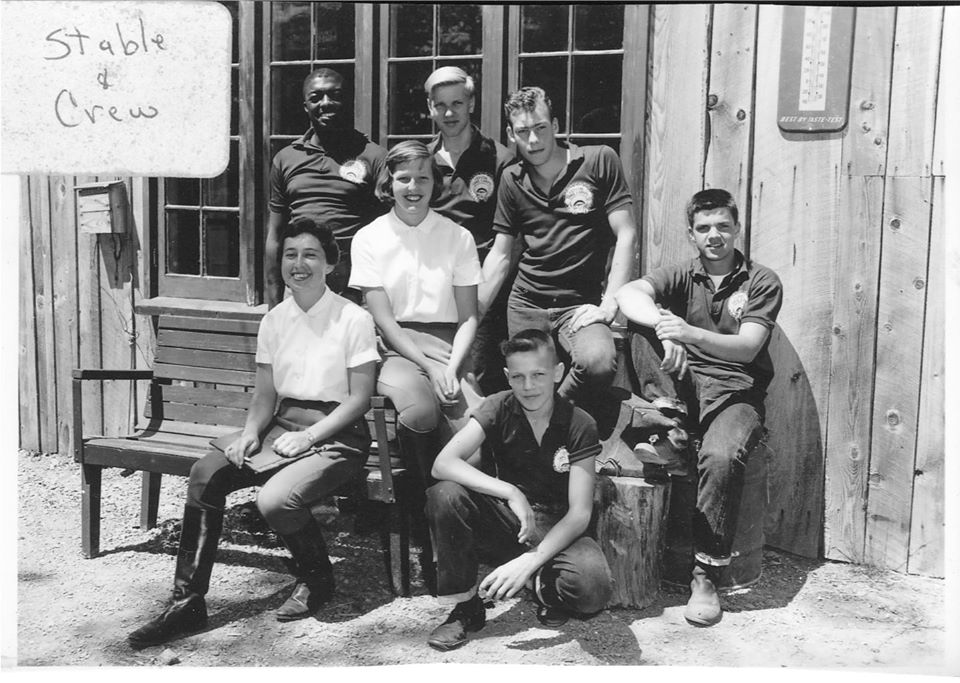 More recently, only five to six years ago, Eileen brought three of her many wonderful grandkids back to camp, for family camp. One thing she reminisced on was when camping as a young girl or a counselor, they never had problems with the wildlife, just like today. It was peaceful and undisturbed wherever they camped.

I asked her if there were things she felt had stuck with her after camp. She mentioned to me how a sense of no limitation was always with her. She remembered while growing up, at college hearing a girl say she couldn’t play tennis. She was confused, she had never heard someone limit themselves like this before. At camp the importance of no limitations meant the world. 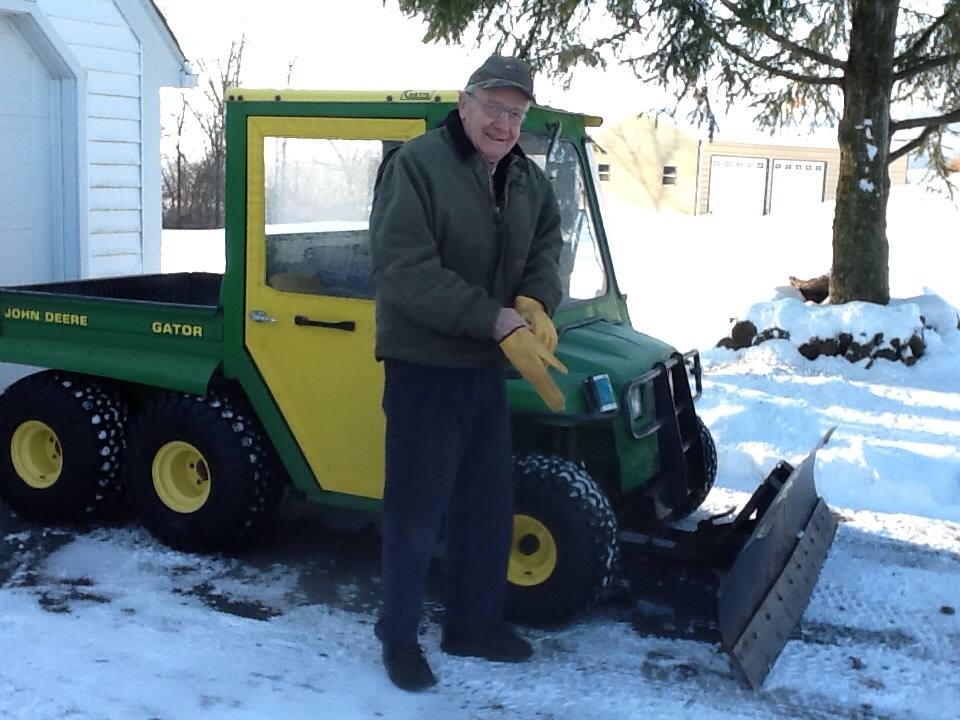 Romans 8:28 “And we know that all things [like Bob and Eileen] work[,] together for good”. 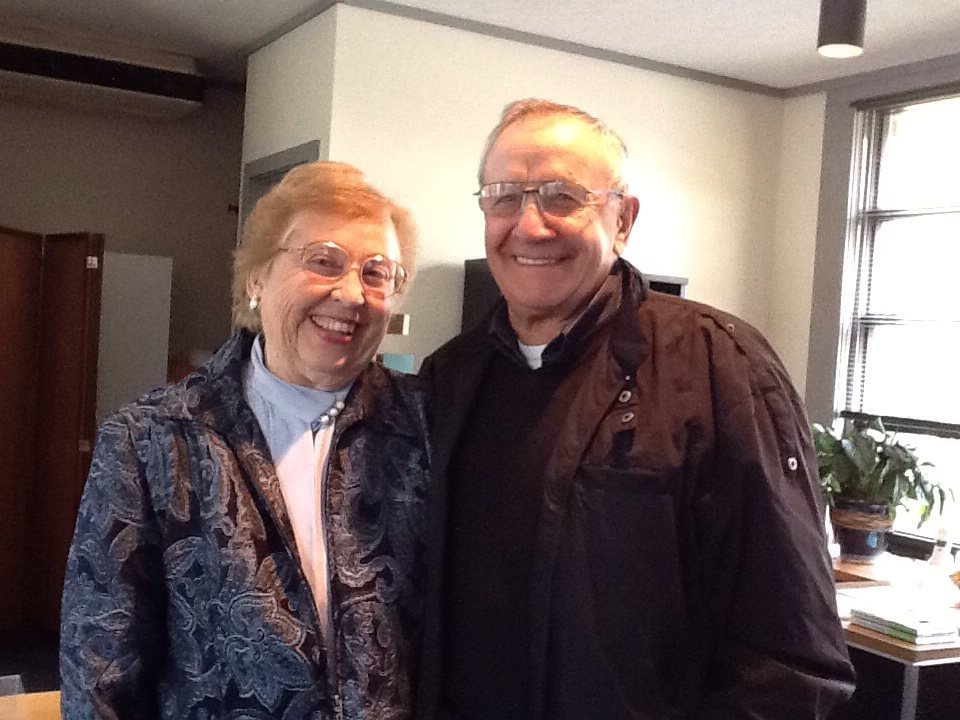 Thank you Bob and Eileen for your many years of giving to camp.

This entry was posted on Thursday, June 5th, 2014 and is filed under Uncategorized. You can follow any responses to this entry through the RSS 2.0 feed. You can leave a response, or trackback from your own site.

One Response to Humble Beginnings of Crystal Lake Camps

This site uses Akismet to reduce spam. Learn how your comment data is processed.

« If this doesn’t get you excited for summer :) …
Announcing the Banquet Themes for Summer 2014! »