The Origin of The Monster Mash

There are specific things about Halloween that make Halloween the most Halloween possible that Halloween can be. No matter what you call it – Halloween, All Hallows’ Eve, All Saints’ Eve – even if you use the little comma and call it Hallowe’en (not sure why you would do that but hey, to each their spooky own) October 31st is a time for spookiness, candy, treat or treating, and some of the goofiest movies of the year.

I figured, as a self-proclaimed Halloween expert, that I would share some of my knowledge on one of the greatest classical compositions that lift our spirits every Spook Season. It’s iconic, original, and an all around scare. 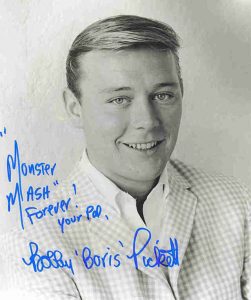 This song has been around since 1962 when good ‘ol Bobby “Boris” Pickett released the song with Garpax Records. Weirdly enough, the song was released in August and was part of an entire album called The Original Monster Mash. Whatever other songs were on that album, who knows, but let me tell you The Monster Mash was the #1 Single on the Billboard Hot 100 Charts from October 20th through 27th of that year.

The song originated because of our guy Boris having a bit of a musical malfunction at one of his nightly concerts. He wasn’t super popular, a bit of an aspiring actor, and so he panicked at the dispersing crowd, remembered a horror flick he’d seen recently, and started doing impressions of the monster’s voices for the audience to keep them from leaving. The audience ended up going absolutely nuts for these little gnarly voices, and thus The Monster Mash was born. 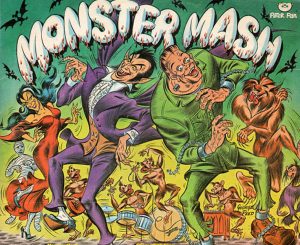 So, Halloween has come and gone. But the Monster Mash is still alive within each and every one of us, bopping away and just waiting until next October to be released again. I don’t know if it’s the tempo, the rhythm, or the funny voices, but sometimes when I just need a quick pick-me-up (you know, in the middle of the semester, or even that random time in March where nothing is happening) I highly recommend turning on the Monster Mash and mashing your way through a happy dance to everyone’s favorite graveyard smash.

Zoë Mahler is a senior at Principia College studying art history and archaeology. She is an avid, AVID Halloween fan, and her costume this year was Kuzco from The Emperor’s New Groove. The Monster Mash is the number one played song in her iTunes library.

This entry was posted on Thursday, November 1st, 2018 and is filed under News. You can follow any responses to this entry through the RSS 2.0 feed. Responses are currently closed, but you can trackback from your own site.

« A Trip to Prince Edward Island Canada
The Power Behind Thanksgiving »